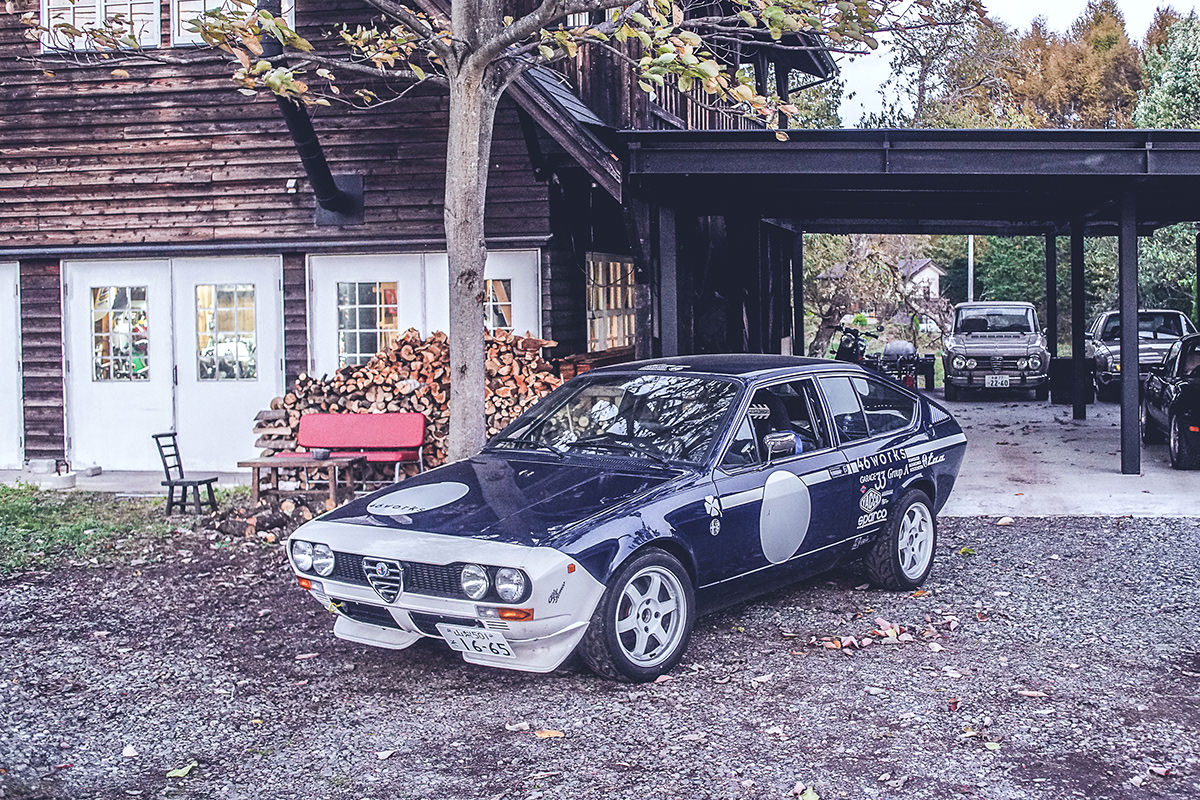 If you’re not spending your weekend zipping around the Japanese countryside in an Italian coupé, you’re doing it wrong. Shiro Nakajima has the right idea: his superbly tweaked 76 Alfa Romeo Alfetta 1.8GT is just the weekend whip we’ve been looking for.

Nakajima-san is a master car and motorcycle builder, operating as 46Works from a charming old building, nestled in the foothills of the Yatsugatake Mountains. The Alfetta is his track car and Sunday morning B-road hero—and it’s loaded with tasty upgrades. 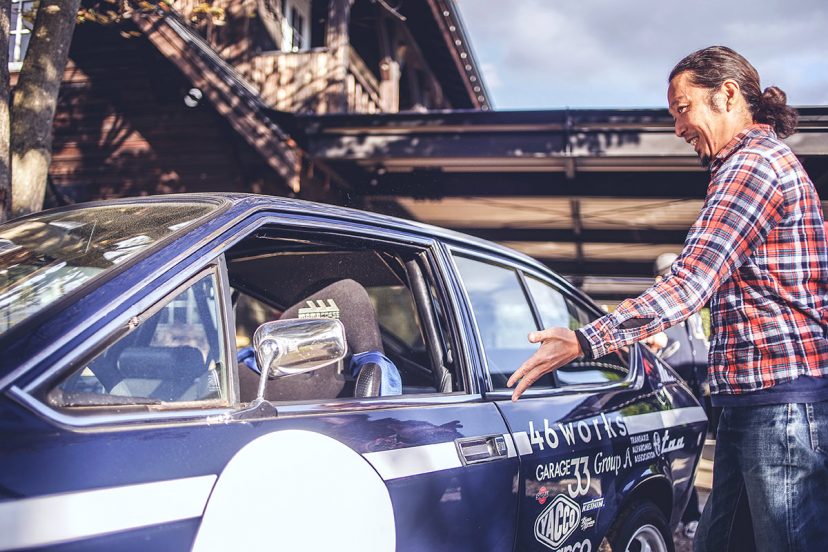 “These Giulia Series cars are very fun, but the stability at high-speed of the Alfetta is better than the Giula series. But, under the influence of the transaxle, the response is bad. It becomes an excellent car when I improve it with some customisation.” 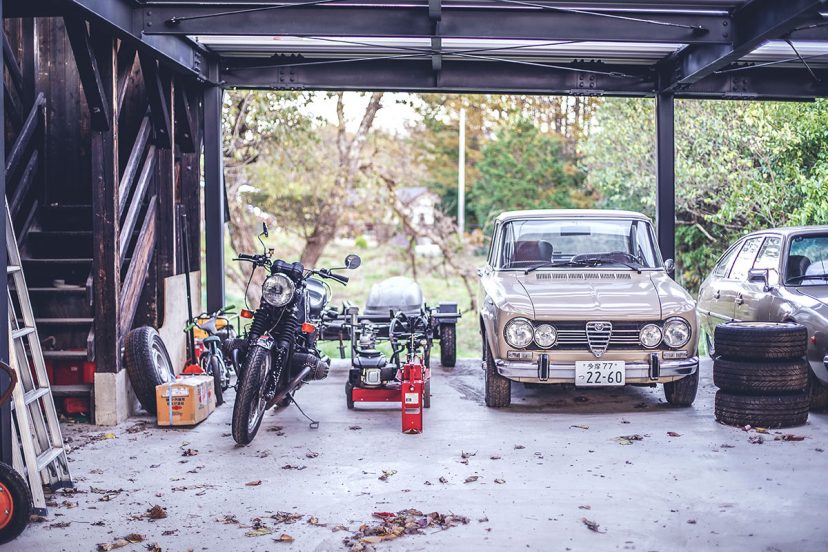 Shiro found the Alfetta at a friend’s Alfa shop in mostly stock condition. He then tore into it several times over a period of two years, gradually transforming it into the charming little canyon carver you see here.

There’s a full list of mods lower down, but we’ll run through the highlights—starting with one that’ll have Alfa tifosi clutching their chests. Under the hood, Shiro’s installed a full set of 41mm FCR motorcycle carbs, hooked up to a custom intake manifold. “Of course, I largely changed the settings,” he quips. 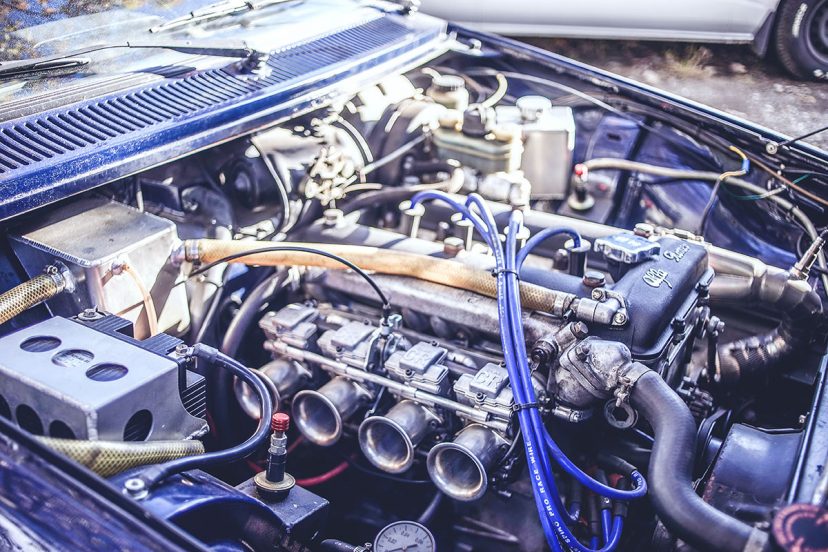 The soundtrack’s provided by a hand-made, four-into-one titanium exhaust system. Naturally, Shiro’s also swapped the engine for a 2000cc mill with high-comp pistons, with further upgrades like a Bacci short-ratio final drive.

“The FCR carburettor is a more modern carburettor—so it’s efficient, and pushes up the engine power,” he explains. “You can get a very stimulating ride when you combine it with a good exhaust.” 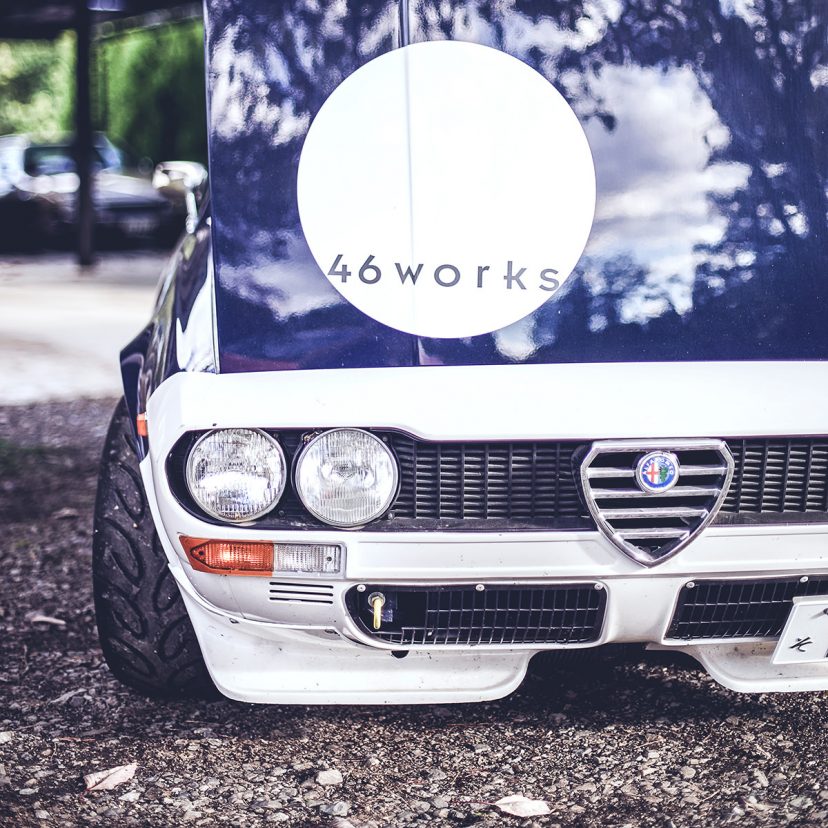 The Alfetta’s chassis hasn’t gone neglected, with Shiro taking great care to improve its handling. There are new shocks at both ends, with an upgraded torsion bar and anti-roll bar up front. “It’s now easier to drive, fast, and the response is very good,” he says.

The little Alfa’s also sporting new wheels and tyres, a new interior with a roll cage, and a fair amount of transmission and other ‘under the hood’ mods. It’s all wrapped up in a simple—yet sublime—blue and white livery. 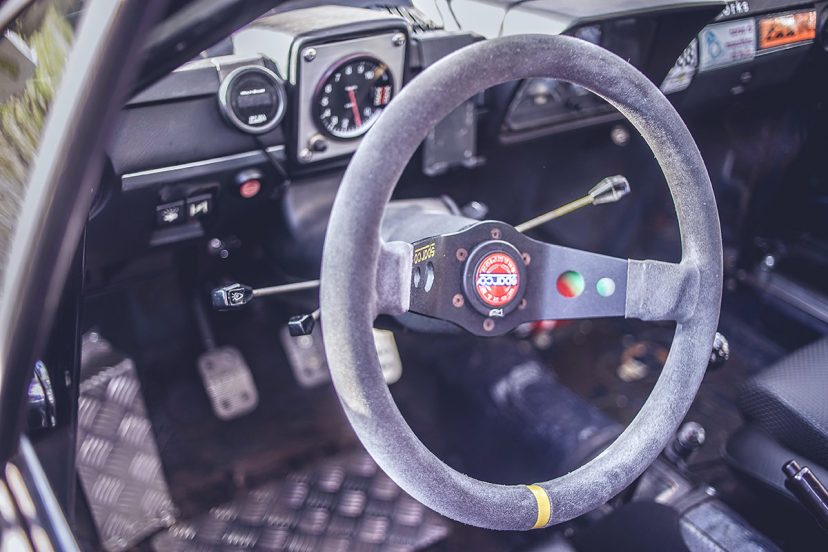 “Old sports cars are often painted in the sponsor colours of their race versions at the time,” says Shiro. “However, I liked this one’s original colour—so I aimed for something classic, refined, individual and sporty.”

So the dark blue you see is the Alfetta’s original paint, with white graphics laid over it, and a white nose sprayed by frequent 46Works collaborator, Stupid Crown. 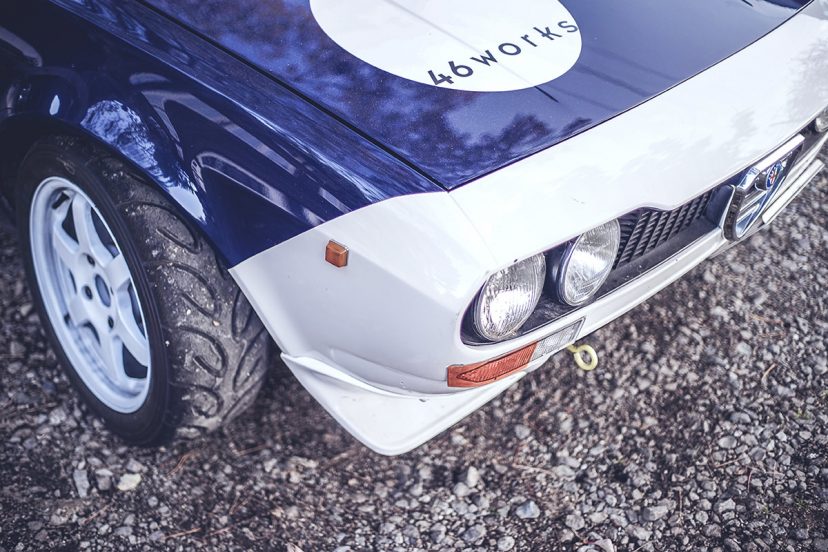 As expected, Shiro’s now well and truly smitten with the mighty little Alfetta. “I initially chose the cheaper Alfetta as a base, because it might crash in a race. But now that I’ve poured so much love into it, I don’t want to crash it!”

Who else can relate? 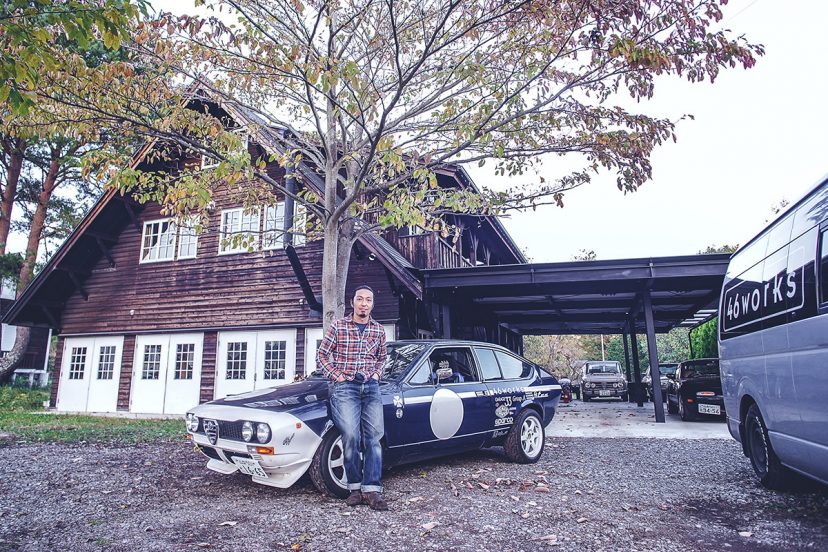 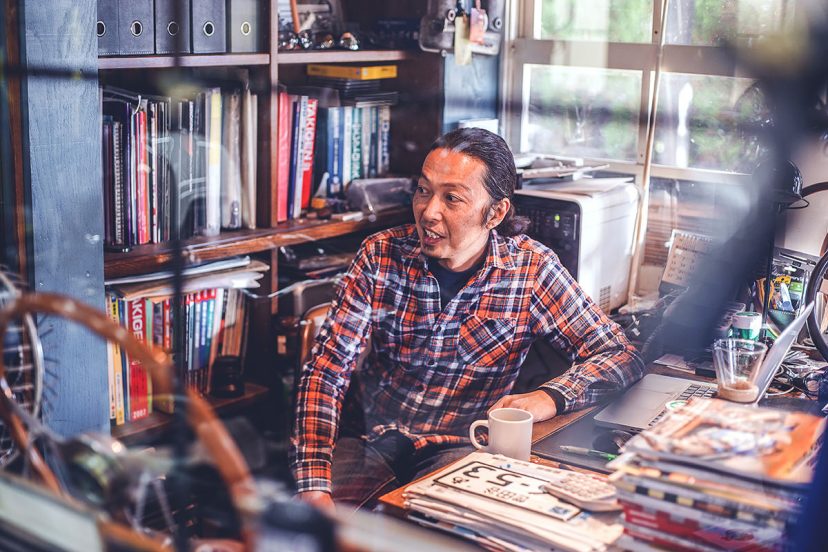 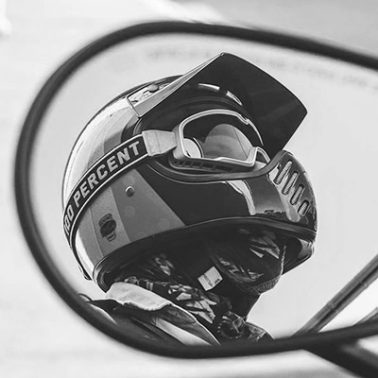 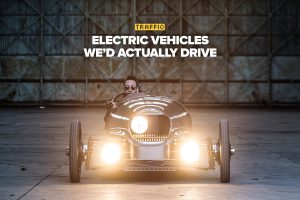 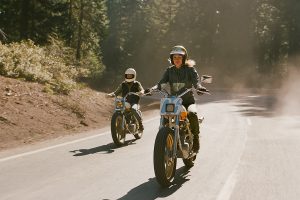 Power Couple: Meet the Team Behind One Down Four Up 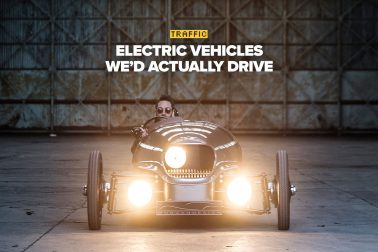 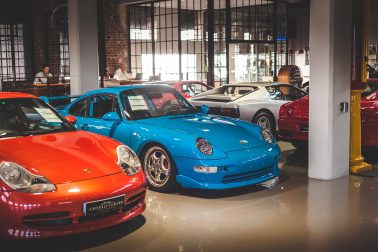 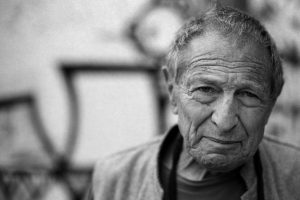 Back Issue: On the Road with David Goldblatt 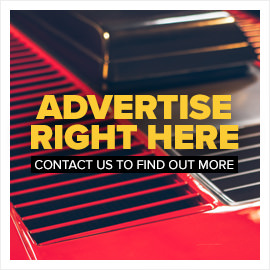